Review Paper On The Role of Stress-Induced Inflammation in Schizophrenia

Dhanya wrote a scientific literature review on the etiology of schizophrenia. Because schizophrenia is a severe mental illness that has been studied for more than a century with only minor advances towards prevention and delay of onset, Dhanya believed it important to approach the issue from a fresh perspective: neuroimmunology. Her paper is a comprehensive launching pad for further research in this emerging field as it presents research connecting the etiology of schizophrenia to stress, inflammation, and the gut-brain axis. This perspective proved fruitful and her research suggests possibilities of immunosuppressant and gut-supplementary treatments that could be developed. These would aim to supplement prevention of psychotic episodes in conjunction with antipsychotics and treatments that focus on the blood-brain barrier and gut permeability to prevent a cytokine-inflammation feedback loop. More importantly, Dhanya finds hope in her research. Further studies would allow for treatments that could be used to prevent or delay early onset of schizophrenia in genetically vulnerable patients by manipulating genetic testing, obstetric monitoring, environmental stress, and other compromising triggers as the subject nears typical age range of onset. 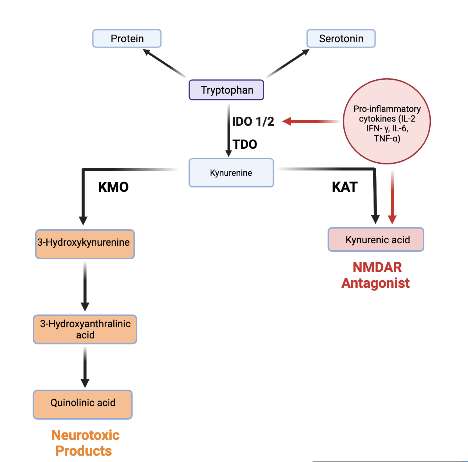 Dhanya's literature review paper is currently in the process of being published by the International Journal of High School Research.

Polygence enabled me to become a more independent and confident version of myself. My mentor, Courtney, consistently prompted me to open my eyes and see that I already knew the right answers, and that I just had to believe in myself more. This enablement, in my opinion, is priceless and has allowed me to seize the full beauty of the scientific writing process, enjoying both the challenges and rewards. I am extremely grateful to have gained a mentor and friend in Courtney, and I cannot wait to use my research as a launching pad for my ambitions.